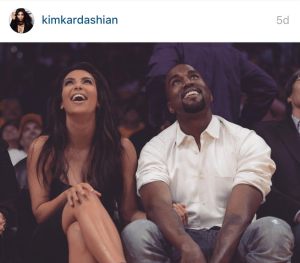 Kim Kardashian West and Kanye West named their baby boy SAINT…and a LOT of people think it’s WHACK & Offensive.
Comments like “Being a Saint-is something that you EARN!”
“Kanye thinks he’s the black Jesus and now they name their son Saint? I can see how humble they are….”
and “Oh boy. It’s sad when you name your child something absolutely ridiculous, just so you can get a lot of media attention and a million tweets and like on Facebook. We’re talking about an innocent child here. Not a pet.”
are ALL over social media.
What are your thoughts?