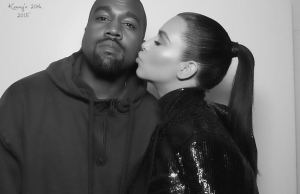 Kanye West had an epic meltdown at Saturday Night Live over the weekend & threatened to walk off the stage in the middle of the show!
Kim Kardashian West had to talk him off the ledge & calm him down!!!

A source told Page Six “It had something to do with the set. He freaked out about how the set was arranged. He was saying he’s ‘the greatest artist.’ He’s having regular meltdowns. Everyone’s walking on eggshells around him.”

Is Kanye getting WORSE?!?!