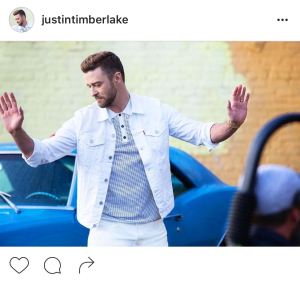 Britney Spears was answering some questions from Twitter–and one of them was WHO would you collaborate with?
She said Aerosmith, Gwen Stefani and…DUN DUN DUN Justin Timberlake!!!
Now, JT got word of it and he said “She did? Sure! Absolutely, absolutely. I have a 17 month old so I don’t get the headline news. I apologize for not being in the know…I’m accessible, give us a call!”
I love how he threw in the ‘US.’
Talk about a 2000’s REVIVAL if this happens.
Would you be ok with it if you were Jessica Biel in this situation??