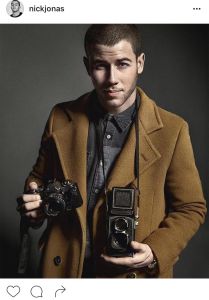 Nick Jonas is basically the coolest!
After his San Antonio tour stop, he went to a local diner and bought BACON to hand out to his fans!
Check out the video here: http://bit.ly/2cYGWyp
I hope he does that HERE on Friday! We know it’s his birthday that day, so maybe he’ll do something special.
*HERE’S TO HOPING*
– Dee Garcia
#NickJonas #Jonas #JonasBrother #demiandnick #FutureNow #FutureNowTour #DeesDirt #DeeGarciaRadio