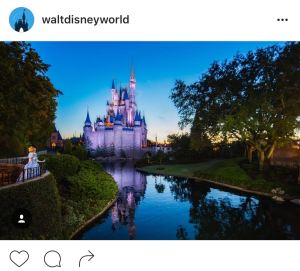 Talk about a DREAM COME TRUE!

You can now have your very own Fairy Tale Wedding at Walt Disney World!!!
It’s an after hours wedding (11PM–once the park closes)and you can have 300 guests at Cinderella’s Castle!
You also get a horse drawn carriage ride down Main Street U.S.A. !!!
The packages BEGIN at $180,000–yikes. It will continue to be JUST A DREAM for me….but if you have it, more power to you!
Sounds amazing ❤
– Dee Garcia
#DisneyWorld #Disney #DisneyParks #MagicKingdom #CinderellasCastle #DeesDirt #DeeGarciaRadio