Last night was the big night!

The Academy Awards were hosted by Jimmy Kimmel and were running PRETTY SMOOTHLY until the end. 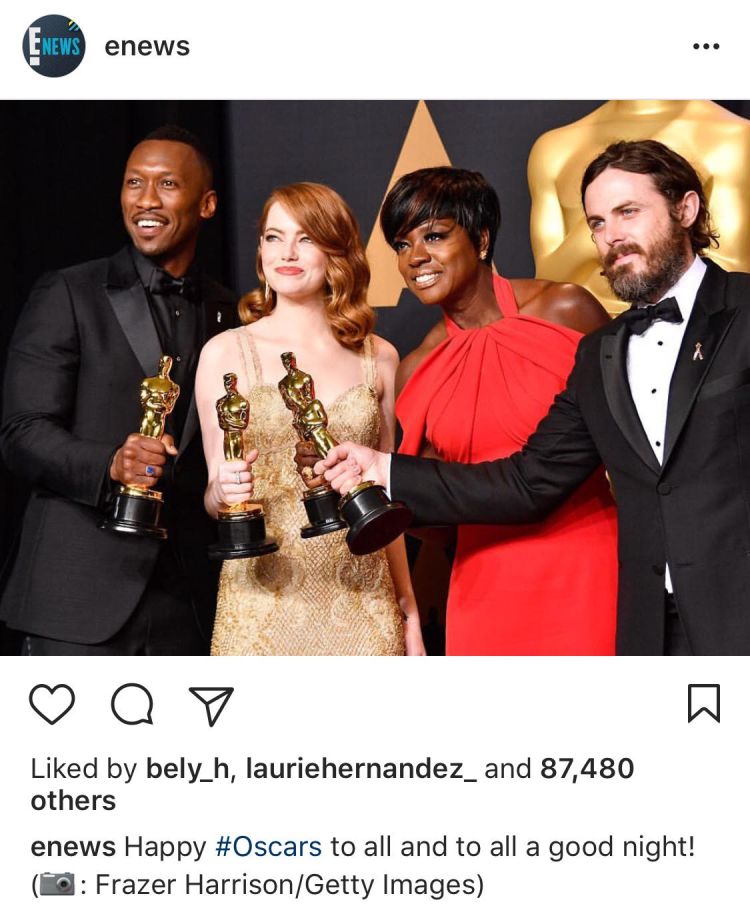 Here are the Acting Categories:

Best Actor: Casey Affleck for “Manchester By the Sea” –I know many believed it would be DENZEL winning…but I heard it was was WELL DESERVED. There was also a  super cute brother moment when Casey was announced! Ben squeezed his brother TIGHT, gave him a huge kiss on the cheek, and proceeded to full blown chin moving crying during his little brother Casey’s speech.

Best Actress: Emma Stone for “La La Land” — Awesome! Congrats to Scottsdale, AZ’s own Emma. This movie & her performance were a JOY to watch!
Best Supporting Actor: Mahershala Ali for “Moonlight” –GOTTA see this movie!
Best Supporting Actress: Viola Davis for “Fences” –the biggest shocker here was it was her third nomination, and FIRST win. Viola is an INCREDIBLE actress!

And the biggest award of the night….BEST PICTURE….. What a BLUNDER!
Warren Beaty and Faye Dunaway took the stage to announce the award. He looked at the envelope and was VISIBLY confused by the contents. After a few awkward moments, he gave it to Faye who quickly glanced at it and said “La La Land”

People cheered, the cast came on stage, the acceptance speeches are happening……except for Faye said “La La Land” was the winner…when the true Best Picture winner was “MOONLIGHT!”

Here’s a little piece of the truly awkward moment:

After the show Warren Beaty said “I read the card that was in the envelope. I read it but I didn’t say ‘La La Land.’ I thought, ‘This is very strange because it says Best Actress on the card.’ And I felt that maybe there was some sort of misprint. As planned, I gave it to Faye. And that’s all I want to say on the subject.”

So the ‘explanation’ was that there was a mix up with the envelopes. If you zoom into the envelope Warren and Faye had, it says ACTRESS IN LEADING ROLE–but here’s where it all starts to seem a little fishy: Emma Stone was HOLDING ON TO HER CARD!

She told the press room:

“I’m so beyond excited for Moonlight, I think it’s one of the greatest films of all time. So as far as I’m concerned, coolest outcome ever! But the process of getting there was a trip. I also was holding my Best Actress in a Leading Role card the whole time. I’m not sure what happened. I think everyone’s in a state of confusion still. Excitement but confusion. I think everyone is just so excited for Moonlight. It’s such an incredible film. The investigation continues.”

Most definitely the most MEMORABLE moment from the Oscars….EVER!