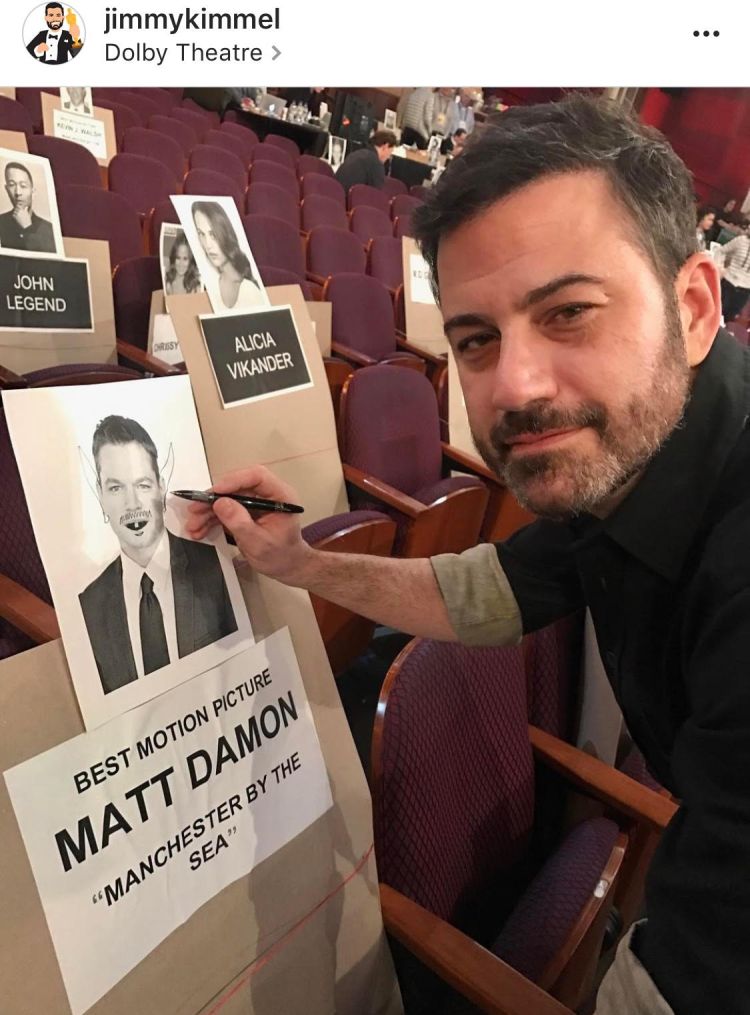 Two days later and everyone is STILL talking about the huge blunder at the Oscars when “La La Land” was announced as the Best Picture winner….when in fact “MOONLIGHT” won.

“In case you missed it, Warren Beatty and Faye Dunaway—it was the 50th anniversary of Bonnie and Clyde, and they played Bonnie and Clyde—so the Academy asked them to present Best Picture, the biggest award of the night. It’s the last one they give out. So, they come out—with the envelope—and here’s where the story starts. In retrospect, what Warren did was…He was confused, so he handed it to Faye and let her read the winner. In other words, Clyde threw Bonnie under the bus, which was a slick move.”

So really…what happened? HOW did Warren Beatty have the “Best Actress” card…if EMMA STONE had it in her hand after her win?

Jimmy said: “You know, when you do a show like this, you aren’t just the host—you’re also the lead detective, the sheriff of the show. Warren Beatty could be in prison right now if I wanted him to. But the card said, ‘Emma Stone, La La Land.’ Which was weird, because Emma Stone, who won Best Actress for La La Land, at that moment was in the press room doing interviews, saying she had possession of her envelope…She said she had the card, but I was with Warren and he had the card. Well, it turns out they both had the card. For whatever reason, they have two of each envelope. There’s a regular envelope and a backup envelope, just to make it more confusing. The accountants gave Warren the wrong card, and they apologized for it today. It wasn’t Warren Beatty’s fault. Faye Dunaway made quite a getaway. She read the wrong name and split. She got the hell out of there. She was smart, too. I spent the whole rest of the night answering questions about it. It was quite an evening. It really was.”

Faye Dunaway is a G!