So sweet to see Rob Kardashian’s note to his daughter Dream.

He shared this photo of daddy and daughter on Instagram: 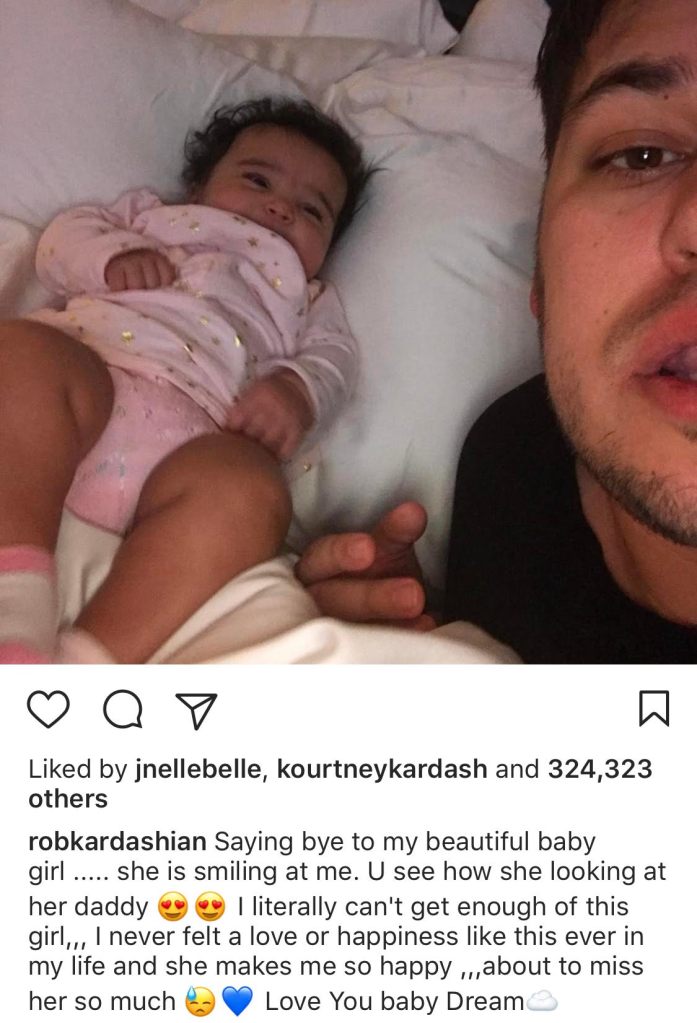 E! News confirmed less than two weeks ago that he and Blac Chyna are no longer living together, though their relationship status is not clear.
They’re so much drama…I think they’re better off NOT together. For their sake…and for Dream’s too!