Newly single Katy Perry has been in the tabloids lately–
Rumor has it, she and actor Ryan Phillippe were spotted getting close at Elton John’s birthday party.

Ryan was married to Reese Witherspoon and they have two kids together.
He wanted to unequivocally deny anything romantic with Katy and took to twitter to do so: 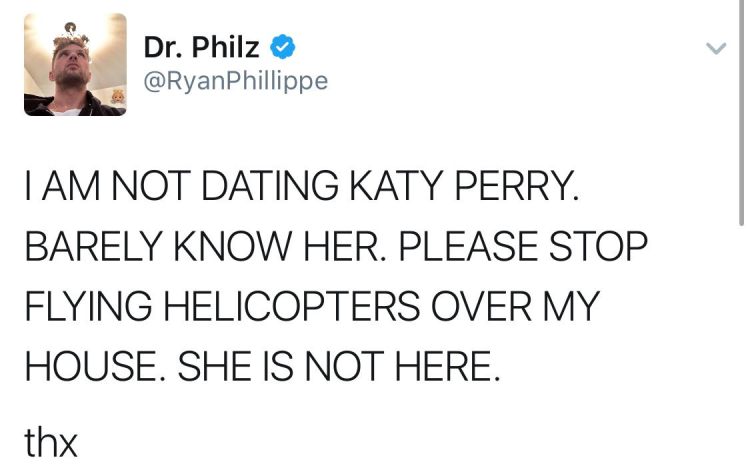 He did respond to a fan saying he didn’t mind if people thought there was something going on, but he just didn’t want “low flying pervs hovering periodically.”
Sounds pretty scary lol